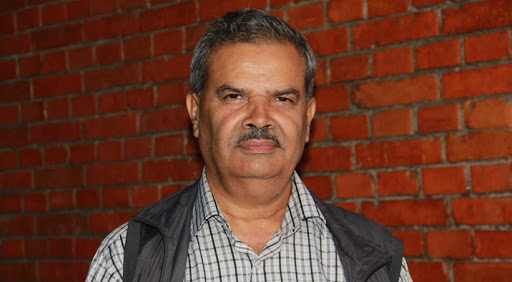 He had arrived in Khotang in course of inspecting the status of development works.

At a press conference held at Diktel Bazaar on Wednesday afternoon, Prof Dr Kandel said that the construction of Pushpalal mid-hill highway has enabled an environment so that people can travel to Kathmandu from Dhankuta through a short-cut hilly route in a day.

On the occasion, he shared that the government has put on priority the 635-MW Dudhkoshi reservoir-based project in Khotang, blacktopping of Bangishlaghat-Diktel-Aiselukharka road, operation of Diktel Bazaar road and construction of Ghurmi-Chatara road section.

He also called for the district residents to lend support to make the development works effective highlighting the importance of people’s participation in development.

Local leaders of the district had drawn the attention of NPC vice chair Kandel to the slow and substandard works being carried out in most of the infrastructure development works in Khotang due to sheer negligence on part of the contractors.

Vice-chairperson Kandel who arrived in the district with the technical team on Wednesday had set out to Bhojpur after observing the blacktopping of Diktel-Chakhewa road section.