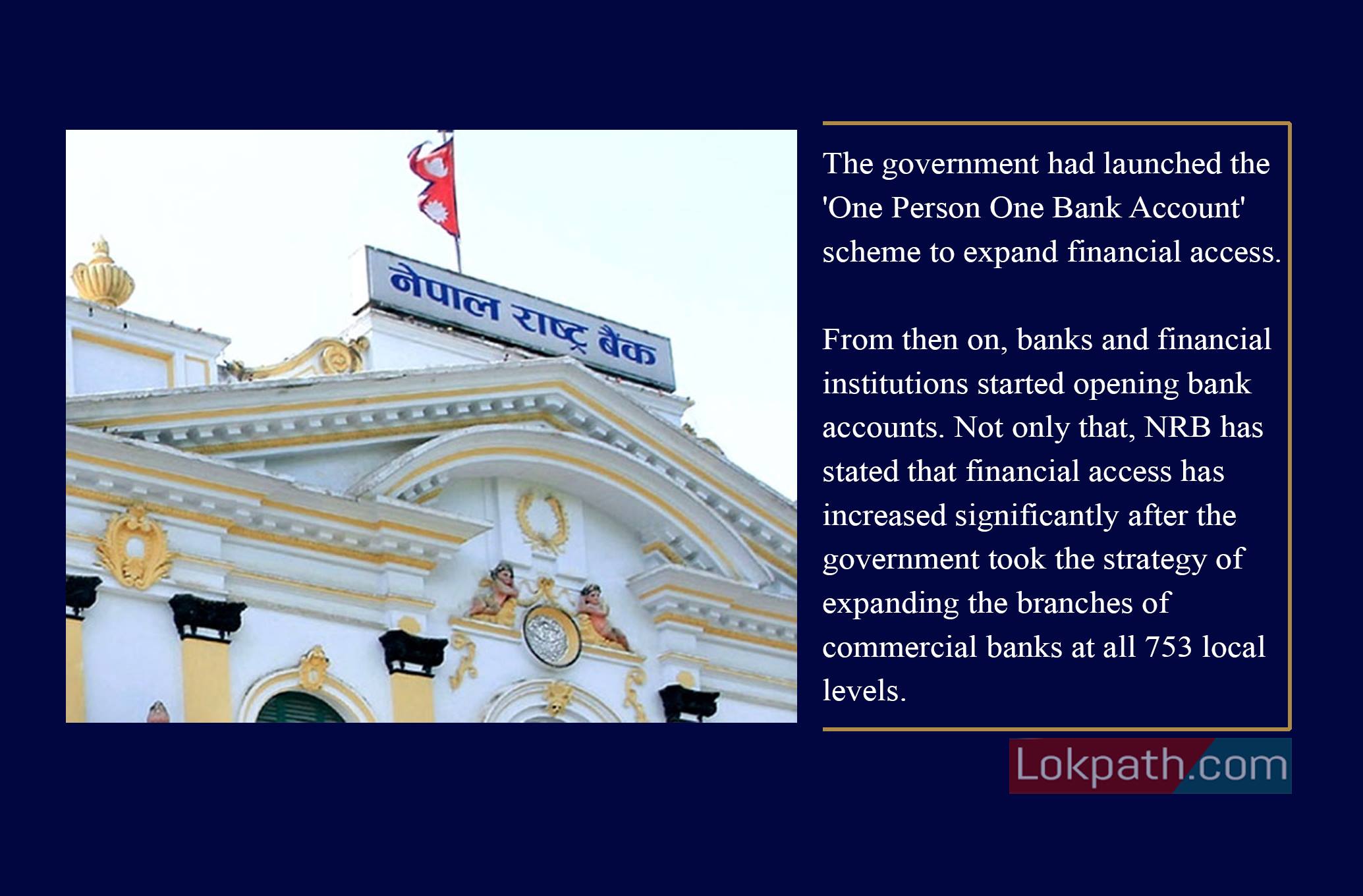 The government launched the ‘One Person One Bank Account’ scheme to expand financial access. From then on, banks and financial institutions started opening bank accounts. Dr. Gunakar Bhatta, spokesperson of Nepal Rastra Bank, said that the financial access has increased significantly after the government took the strategy of expanding the branches of commercial banks at all 753 local levels.

According to NRB, there are 4,613 branches of commercial banks, 1,048 branches of development banks, 254 branches of finance companies and 4,272 branches of microfinance financial institutions till mid-January.

With the increase in the number of banks and financial institutions, on the one hand, branch expansion and on the other hand, the use of financial technology has been increasing rapidly, which has led to the expansion of financial access, said NRB.

In recent times, access to banking services in Nepal has increased significantly and more than 60 percent of Nepali citizens have at least one deposit account.

Including the financial services of microfinance financial institutions and savings and credit cooperatives, it is easy to assume that financial access has further expanded in Nepal.

Due to the fragmented banking system in Nepal and the small capital base of a large number of established banks, they do not seem to be able to make more profit by reducing costs.