Weather Update : Possibility of Rain and Snow from Wednesday

Kathmandu. After about five months of winter this year, there was light rain all over the country including the capital Kathmandu last Saturday. Meteorologists also forecast that the temperature will gradually rise after the rains.

Westerly winds entered Nepal and changed the weather from last Thursday to Saturday and there was light rain on Saturday afternoon. Even though the sun was shining from Sunday morning to evening, it was cold in the morning and evening.

According to meteorologists, it will be cold for a few more days due to some changes in the weather system and it will rain in two days after the development of the new weather system.

Meteorologist Sajina Shakya has said that there is a possibility of rain and snow entering Nepal from next Wednesday. According to her, there is a possibility of cloudy and light rain in the western hilly areas and other hilly areas due to the influence of the westerly winds. There will be light clouds and rain in a few places for three days. This process will continue throughout the month of February. It is said that the temperature will gradually increase and the heat will increase.

The Department of Water and Meteorology, Meteorological Division has urged to be vigilant as it will still be cold even though it is sunny in the afternoon across the country including the capital Kathmandu.

Issuing warnings and advice for the next 24 hours, the branch has requested all to take necessary precaution as it is still cold and there is still a possibility of fog and mist in the Terai region.

The weather will be generally clear in Far West, Karnali, Lumbini and Gandaki with partly cloudy weather on Tuesday. 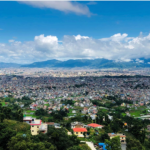 Weather will be clear across the country By tomorrow

Kathmandu : The weather is expected to gradually improve across the country from