Reinstatement of HoR will only give outlet to current crisis : Bimalendra Nidhi 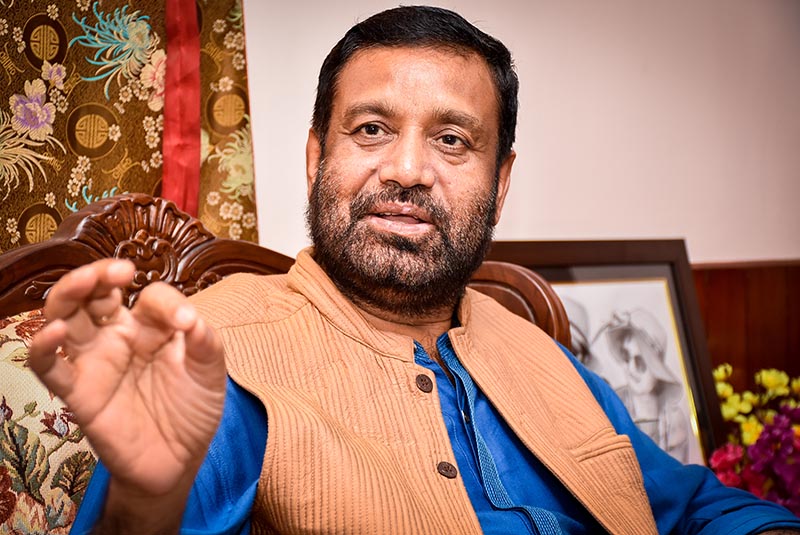 Kathmandu : Nepali Congress (NC) Vice-President Bimalendra Nidhi has said reinstatement of the House of Representatives (HoR) would only give outlet to the present crisis of the country.

He clarified that the acquisition of the dissolved HoR would address the political and constitutional crises resulting from the unconstitutional decision of the government.

He said this while addressing a grand public gathering and party entrance programme organized by NC Booth Committee Bagahi at Birgunj metropolis-28, Bagahi.

There is no alternative to reinstate the dissolved HoR or go for election to bail out the country from the current crisis, he added.

Nidhi, also the former Deputy Prime Minster, argued that the reinstatement of the HoR through the apex court would address the crisis if not election would be a right path to explore solution.

He accused the incumbent government of not being able to curb growing incidents of murder, violence, corruption and inflation in the country.

Also speaking on the occasion, NC central member and former education minister Chitralekha Yadav said the government has shown sheer disrespect to the people’s mandate by dissolving the HoR.

NC Vice President Nidhi had welcomed the new entrants to the party by relinquishing other political parties.