Chiefs and members of constitutional bodies sworn in 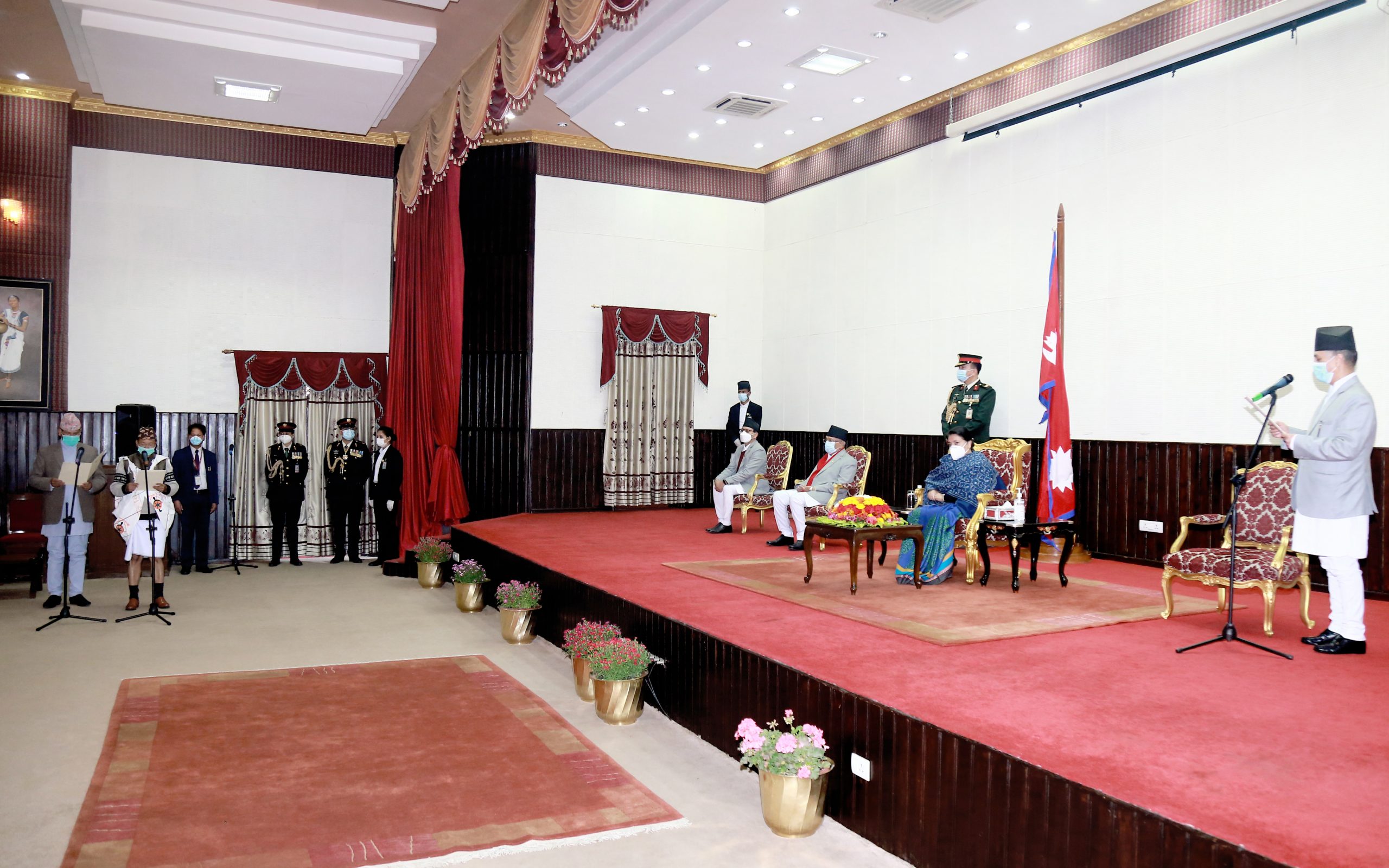 Kathmandu : President Bidya Devi Bhandari has appointed various office-bearers to the vacant posts of the constitutional bodies in accordance with the Constitution of Nepal.

Similarly, the Chief Justice administered the oath of office and secrecy to the newly-appointed Chair of the National Dalit Commission, Dev Raj Bishwokarma and to the Chair of the Indigenous Nationalities Commission, Ram Bahadur Thapa Magar.

Members of Muslim Commission—Mohammadin Ali and Mirza Arshad Beg also took the oath of office and secrecy from Commission’s chairperson.

Similarly, newly appointed members of Tharu Commission—Subodh Singh Tharu and Bholaram Chaudhary, would take oath of office and secrecy later as chairperson of the Commission remained absent on the occasion, according to the office of the President.