Over 50 killed in Afghanistan’s targeted killings in January 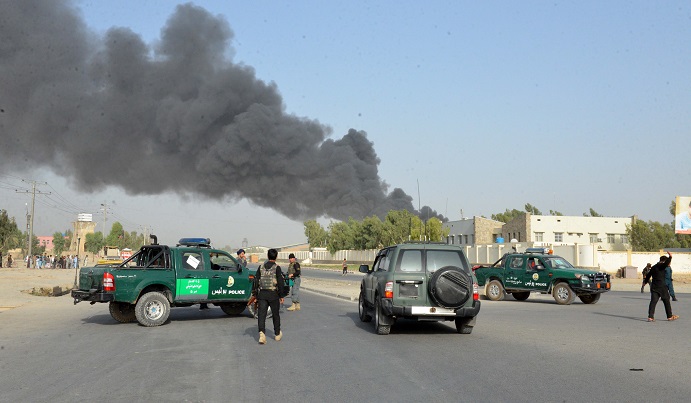 KABUL: More than 50 people were killed in separate targeted attacks in Afghanistan in January, as the increased assassinations and targeted killings have triggered concern among ordinary Afghans in recent months, according to official figures kept by Xinhua.

Over the weekend, five people, including two security forces members and three civilians, were killed in three attacks in the country’s national capital Kabul while a praying leader and teacher of a local seminary was shot and killed in southern Kandahar province.

A service member of the Afghan National Directorate of Security, the country’s intelligence agency, was assassinated in Kabul on Saturday while a civil society activist was mysteriously killed in eastern Nuristan province.
On Jan. 26, Safiullah Amiri, deputy provincial councilor in northern Kunduz province, and the son of a local official were killed in a bomb attack in Kunduz.

Abdul Raqeeb, a local religious figure, was killed by gunmen in eastern Parwan province on Jan. 23. On Jan. 21, two army officers in an army pick-up truck were shot dead in Police District (PD) 5 of Kabul near a crowded traffic circle. The attackers fled the scene.

Wali Raghi, a senior government official, was killed after gunmen spread bullets on him in Chahar Dara district of Kunduz on Jan. 19. On Jan. 18, two brothers, who were employees of NDS, lost their lives in a militants’ attack along a main road in eastern Logar province.

Also on Jan. 18, the director of provincial directorate of Environmental Protection Agency lost his life in an attack in eastern Ghazni province.
On Jan. 17, two female judges of the country’s Supreme Court died and two people wounded after gunmen attacked their vehicle in PD 4 of Kabul.

Amid security forces’ efforts to nap terrorists behind targeted killings, four militants responsible for several attacks were arrested in Jalalabad city, capital of eastern Nangarhar province on Jan. 12. An AK-47 gun and a pistol were found in their possession.

On Jan. 12, two army female officers and their driver were killed after gunmen fired on their vehicle driving along a main road in Mazar-i-Sharif, capital of northern Balkh province. On Jan. 6, six people, including one NDS personnel and two police officers, were killed in Kabul, Ghazni and Nangarhar provinces.

Mirwais Karimi, chairman of provincial religious council of Kapisa province, was killed in the province, in the north of Kabul.

On Jan. 1, Bismillah Adil Aimaq, a local journalist and head of a local radio station, was shot and killed in Firoz Koah, capital of western Ghor province. Some remaining 27 people were killed and several others wounded in separate targeted attacks in Herat, Kabul, Kandahar, Helmand, Farah and Badghis provinces.

No one has claimed responsibility for the majority of the attacks, but Afghan officials have generally accused Taliban militants for the targeted attacks in recent months.

Militants of the Taliban and Islamic State (IS) have conducted scores of targeted attacks against civilians and military officials in recent years. They consider anyone working for the government and