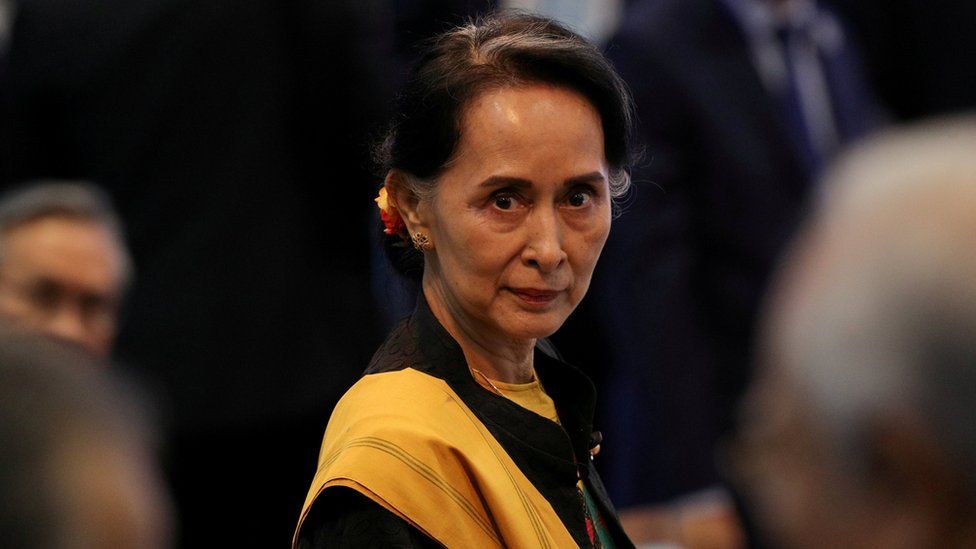 Kathmandu : Calls are growing for the release of Myanmar’s Aung San Suu Kyi a day after a military coup which has seen hundreds of MPs held against their will.

Ms Suu Kyi has not been seen in public since she was detained by the military.

It took power after declaring a state of emergency, accusing Ms Suu Kyi’s party of fraud over its election win.

US President Joe Biden has threatened to reinstate sanctions on Myanmar as a result, saying the military should not “overrule the will of the people”.

Sanctions had only recently been eased, after the country began emerging from a decades-long military dictatorship.

Ms Suu Kyi’s party, the National League for Democracy (NLD), demanded her immediate release on Tuesday. It has also called upon the military to accept the results of the November election, which saw the NLD win more than 80% of the votes.

Where is Aung San Suu Kyi?
There have been no official statements on Ms Suu Kyi’s exact whereabouts since she was detained in pre-dawn raids on Monday.

But unnamed sources from within the NLD have said both she and President Win Myint were being held under house arrest.

“We were informed not to worry. However we are worrying. It would be a relief if we could see photos of them at home,” the MP told news agency AFP, on condition of anonymity.

Many of the other detained lawmakers are also still held in their government housing in the capital Nay Pyi Taw, with one member of the NLD describing it as “an open-air detention centre”.

Ms Suu Kyi – who spent nearly 15 years in detention between 1989 and 2010 – has urged her supporters to “protest against the coup” in a letter written before she was detained. It warned the military’s actions would put the country back under a dictatorship.

What is the situation now in Myanmar?
One day after the coup, the country appears to be in an uneasy calm. The streets remained quiet on Monday night and Tuesday morning, with troops patrolling all major cities and a night-time curfew in force.

The communications systems which had been disrupted on Monday had returned by Tuesday morning, phone and internet connections were running again.

On the streets of the main city, Yangon, people said they felt their hard-fought battle for democracy had been lost.

Myanmar, also known as Burma, was ruled by the armed forces until 2011, when democratic reforms led by Ms Suu Kyi ended military rule.

One 25-year-old resident, who asked not to be named, told the BBC: “Waking up to learn your world has been completely turned upside down overnight was not a new feeling, but a feeling that I thought that we had moved on from, and one that I never thought we’d be forced to feel again.”