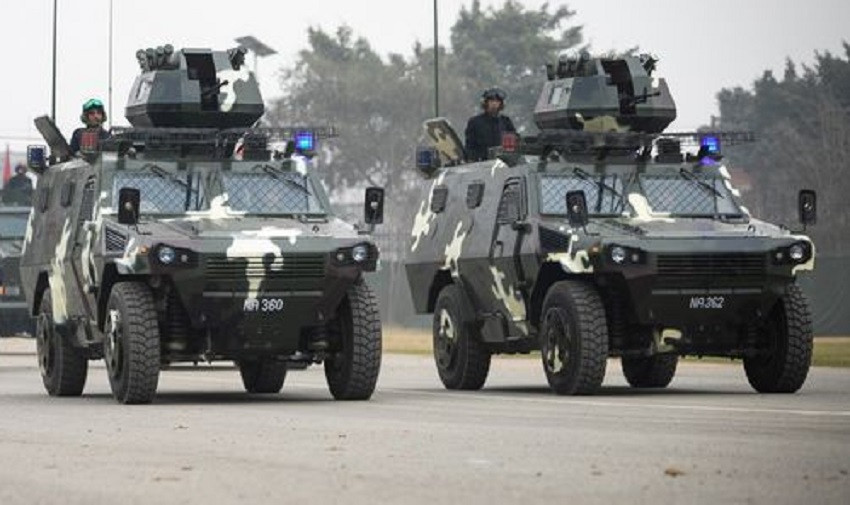 Kathmandu : Tonight some 10 unusual vehicles will ply the Ring Road in Kathmandu Valley. They are the Armoured Personnel Carriers (APC) of the Nepali Army (NA) which will be hitting the road as a part of the NA’s routine exercise.

According to the NA’s Spokesperson Santosh Ballav Poudel, earlier such exercise was conducted in designated places only.

Poudel shared that APC vehicles will also be operated in various places across the country from February 3.

The Mechanized Unit under the all eight Divisions of the NA will operate these kinds of special vehicles in those places. The aim of such activities is to boost the confidence of the APC drivers.

The APCs would be on the road in the Valley tonight to ease off the general public in their vehicular movements. The NA published a notice to pre-inform the public about the routine practice.