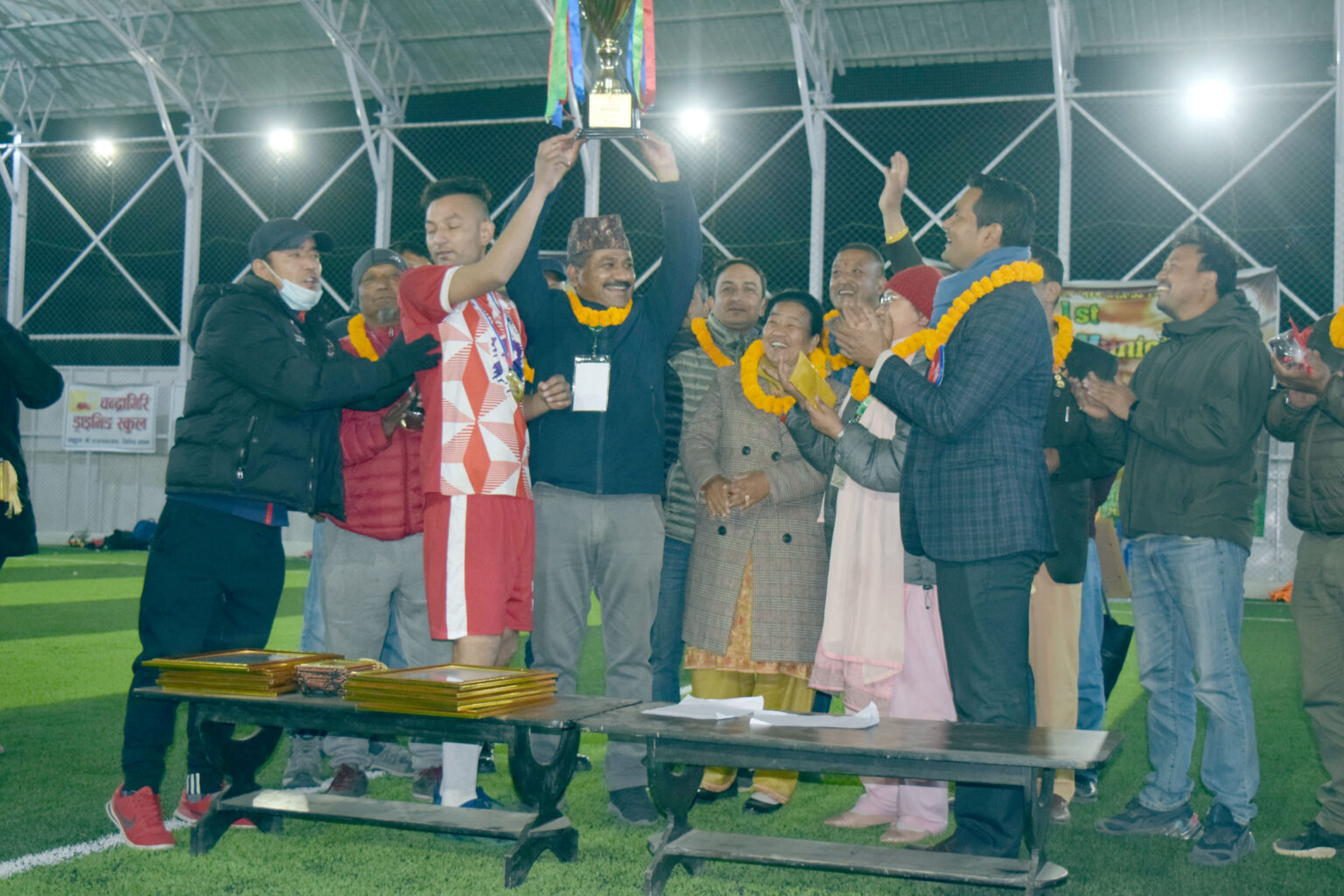 Kathmandu : Ward no. 15 has won the first Chandragiri municipality ward level futsal tournament 2077. In the final match of the tournament, ward no. 15 defeated ward no. 14 by 3-1 on Saturday.

A total of 32 teams representing the 15 wards in the municipality had competed in the event organized by Western United Club. The two-day tournament was held at the Matysya Futsal in ward no. 9 of the municipality.

Chandragiri municipality was the main sponsor of the event supported by ward no. 5. Ward no. 6 bagged the best team of the tournament award while Abiral Rijal of ward no 15 was adjudged the best goal scorer, Shahil Rana of ward no. 14 the best player and Rajiv Shrestha the best goal keeper.