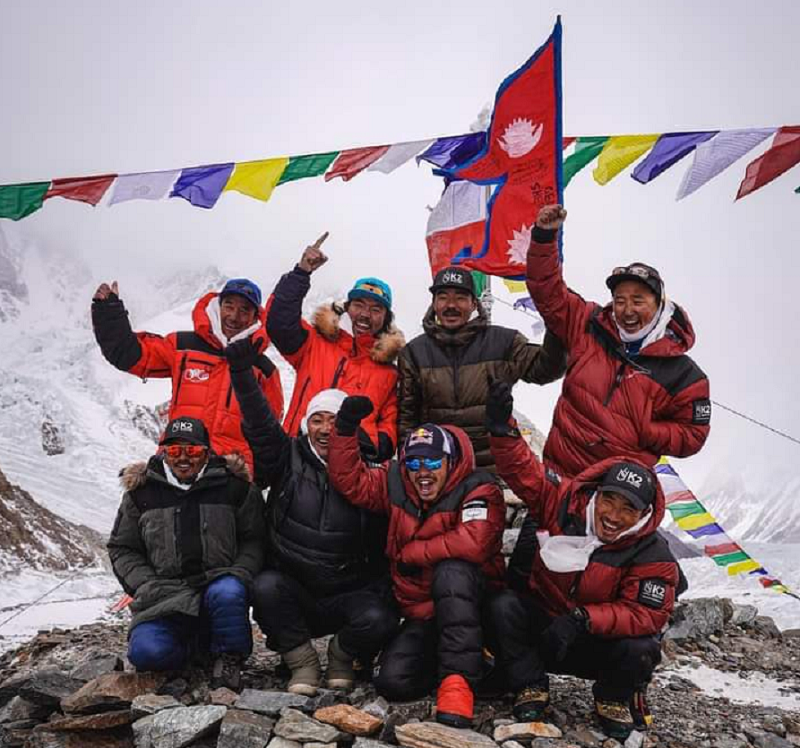 Kathmandu- The Nepali team of 10 mountaineers, who created a new world record, of successfully climbing the world’s second highest mountain K2 were welcomed back home in a grand manner.

After a rousing welcome at the Tribhuvan International Airport this morning, they were paraded with a motorcycle rally to reach to Nepal Tourism Board via Tinkune, Naya Baneswar, Maitighar, Bhadrakali, Sundhara, Kantipur and Thamel. They will be felicitated at the NTB at the joint auspices of the Department of Tourism, Mountaineering Association of Nepal and other tourism organizations.

The team is also scheduled to be honoured by Prime Minister KP Sharma Oli at a special event to be held at Baluwatar later today.

The Nepali team had reached the summit of Mt K2 on January 16, Saturday, while singing the national anthem and holding the national flag. This is the second record feat by Nirmal Purja, who had also made a world record in 2019 by climbing all 14 mountains above 8,000 meters in 6 months.