The President Of Pakistan Congratulates The Nepali Mountaineers 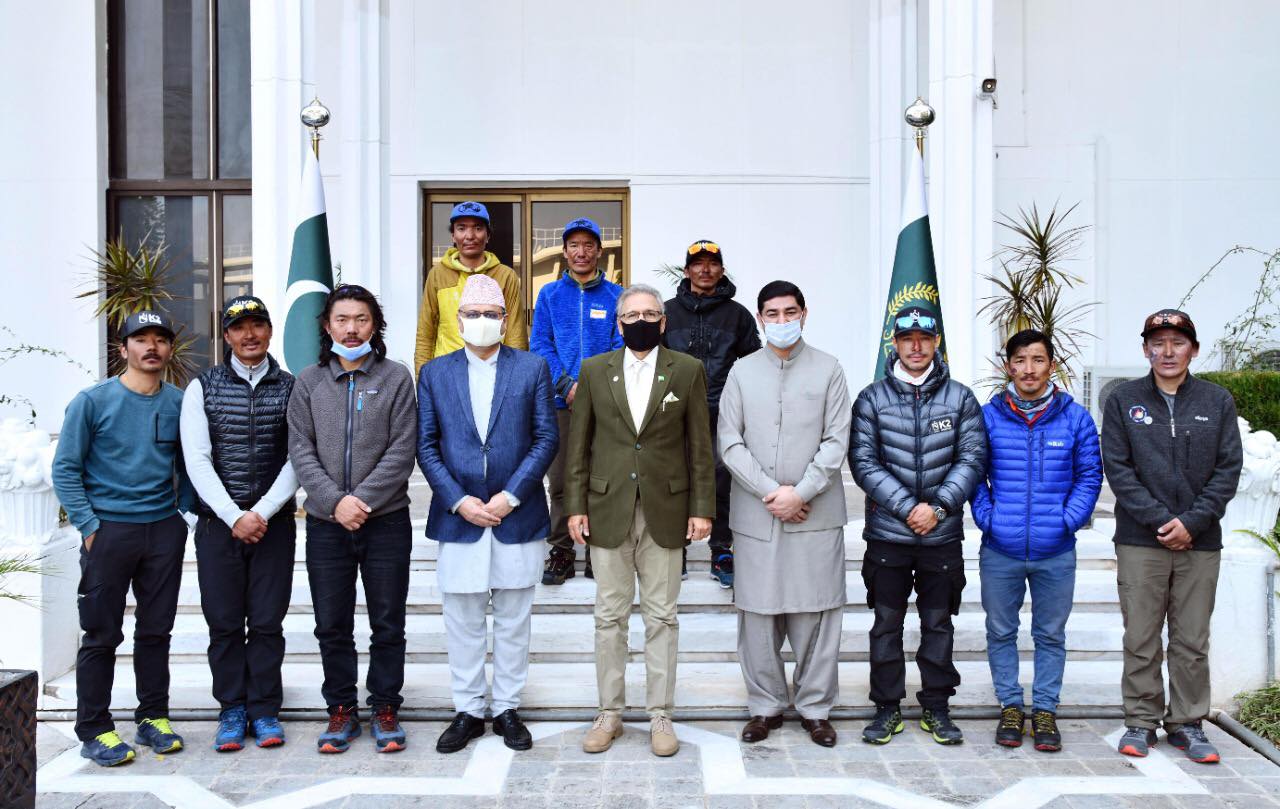 While welcoming the Nepalese mountaineers, the President said that their remarkable achievement would project Pakistan’s soft image as well as boost tourism in the country.

The President congratulated the team on surmounting K-2 in harsh winter. He appreciated the courage and strength of Sherpas which had done a marvellous job by conquering the second highest peak of the world.

The President said that both countries enjoyed excellent relations and such activities would further increase goodwill between the two countries.

Nepalese Ambassador to Pakistan, Tapas Adhikari, and leader of the expedition team, Mr Nirmal Purja, expressed their deep gratitude to Pakistan for the support provided by the Government of Pakistan.

They also praised the natural beauty and wide range of mountaineering opportunities in Pakistan.