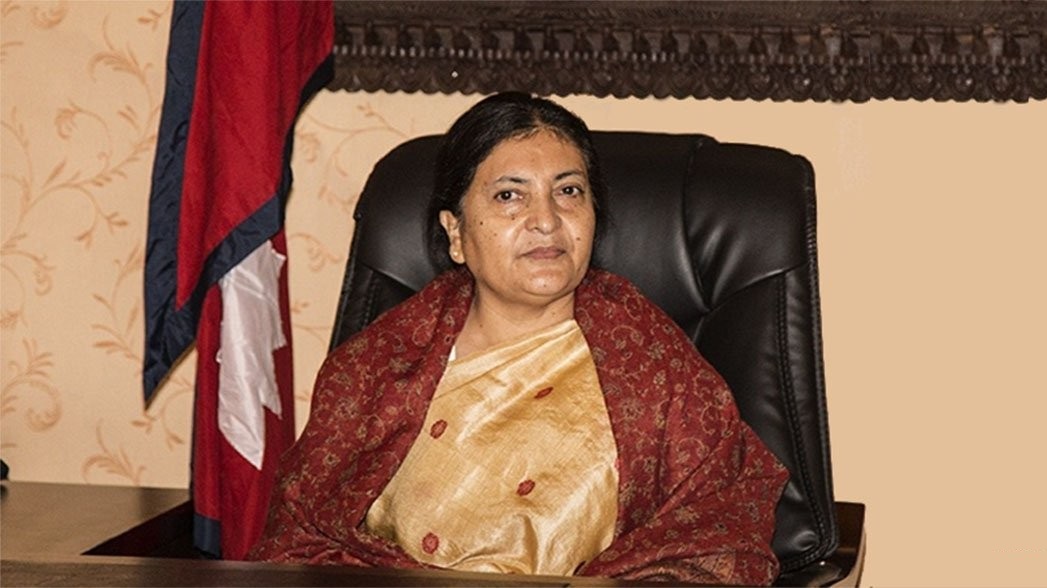 Kathmandu : The top state officials have sent separate messages of felicitations on the assumption of high offices of the United States of America by the newly elected leadership there.

President Bidya Devi Bhandari today sent a congratulatory message to Joseph Robinette Biden, Jr. on his assumption of the office of the 46th President of the United States.

In her message, the President has underlined the excellent state of bilateral relations between the two countries. Appreciating the US cooperation to socioeconomic development of Nepal, President Bhandari has expressed her confidence that the rich and multi-faceted Nepal-US relations will continue to deepen and expand during the tenure of President Biden.
She has extended best wishes to the new leadership for a successful tenure and also in addressing the COVID-19 pandemic.

Similarly, Vice-President Nanda Bahadur Pun, in a congratulatory message to his US counterpart Kamala Devi Harris, has commended the historic election of the first female Vice-President in the United States.
Vice-President Pun, in his message, has expressed appreciation to the priorities of the new US administration to the topical issues such as gender equality, social justice and climate change.
Likewise, KP Sharma Oli has expressed his confidence that the United States will continue to achieve progress and prosperity under the able leadership of President Biden.

Reaffirming Nepal’s commitment to longstanding friendship with the United States, the Prime Minister expressed Nepal’s desire to work together with the new US leadership at the bilateral level on matters of mutual interests and towards advancing agendas of global importance at the multilateral level.
He also expressed confidence that the bilateral relations, underpinned by cooperation, economic partnerships as well as people-to-people contacts, will reach new heights in the years ahead.

Similarly, Chairperson of the National Assembly, Ganesh Prasad Timilsina, sent a congratulatory message to Harris, who as Vice-President also presides over the United States Senate.
In his message, NA Chair Timilsina expressed his willingness to work closely with Harris towards further strengthening the bilateral ties and enhancing cooperation between the Federal Parliament of Nepal and the US Congress.