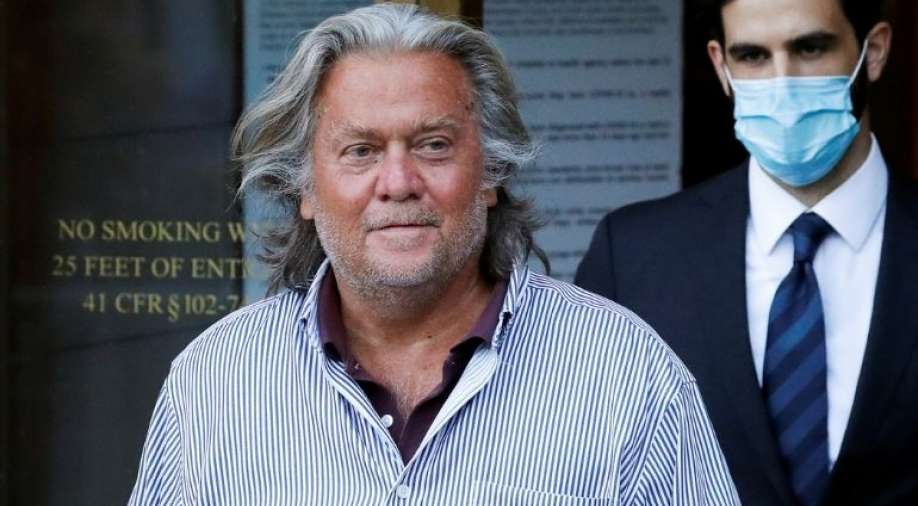 Kathmandu : US President Donald Trump on Wednesday pardoned 73 people, including his former aide Steve Bannon, the White House said, just before he was due to leave office.

“President Donald J. Trump granted pardons to 73 individuals and commuted the sentences of an additional 70 individuals,” his administration said in a statement.

The president and his children were not on the list. Bannon was granted clemency having been charged with defrauding people over funds raised to build the Mexico border wall that was a flagship Trump policy.

“Mr. Bannon has been an important leader in the conservative movement and is known for his political acumen,” the statement added. US media earlier reported that the president made his last-minute decision after speaking to Bannon by phone.

Former Trump fund-raiser Elliott Broidy was similarly pardoned, after pleading guilty last year to conspiring to violate foreign lobbying laws.
Rapper Lil Wayne, who last month pleaded guilty to possession of a firearm and ammunition by a convicted felon and faced 10 years in jail, also made the list.

President-elect Joe Biden, who beat Trump in an election last year, was due to be sworn in as his successor later Wednesday. Before that, Trump will fly to his home in Florida, skipping the inauguration ceremony.