All have respect in democracy-CM Pokharel 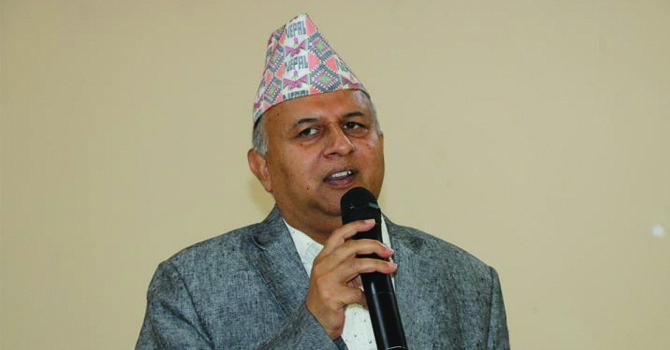 Kathmandu : Lumbini Province Chief Minister Shanker Pokharel has said that the Nepal Constitution has laid emphasis on the development of all castes and communities.

In a message of best wishes delivered on the occasion of Maghi festival today, he said the foundation of democratic system has been made strong and wide by statutorily enshrining the assumption that citizens irrespective of groups and communities have equal respect in democracy.

He highlighted the importance of the festival as it has been widely celebrated among the communities of Tharu, Magar and Chhantyal, among others.

“With the constitution into implementation, there is an opportunity for all communities, groups and castes to enjoy the rights bestowed by the main law of the land”, chief minister Pokharel added.

The constitution has rendered respect to all minorities, indigenous communities, ethnic groups and backward people with the arrangement of forming separate commissions for their protection, the message reads.

In a different note, he urged one and all to move together to make the government-announced polls a success when the country is heading to election campaign after the dissolution of the House of Representatives