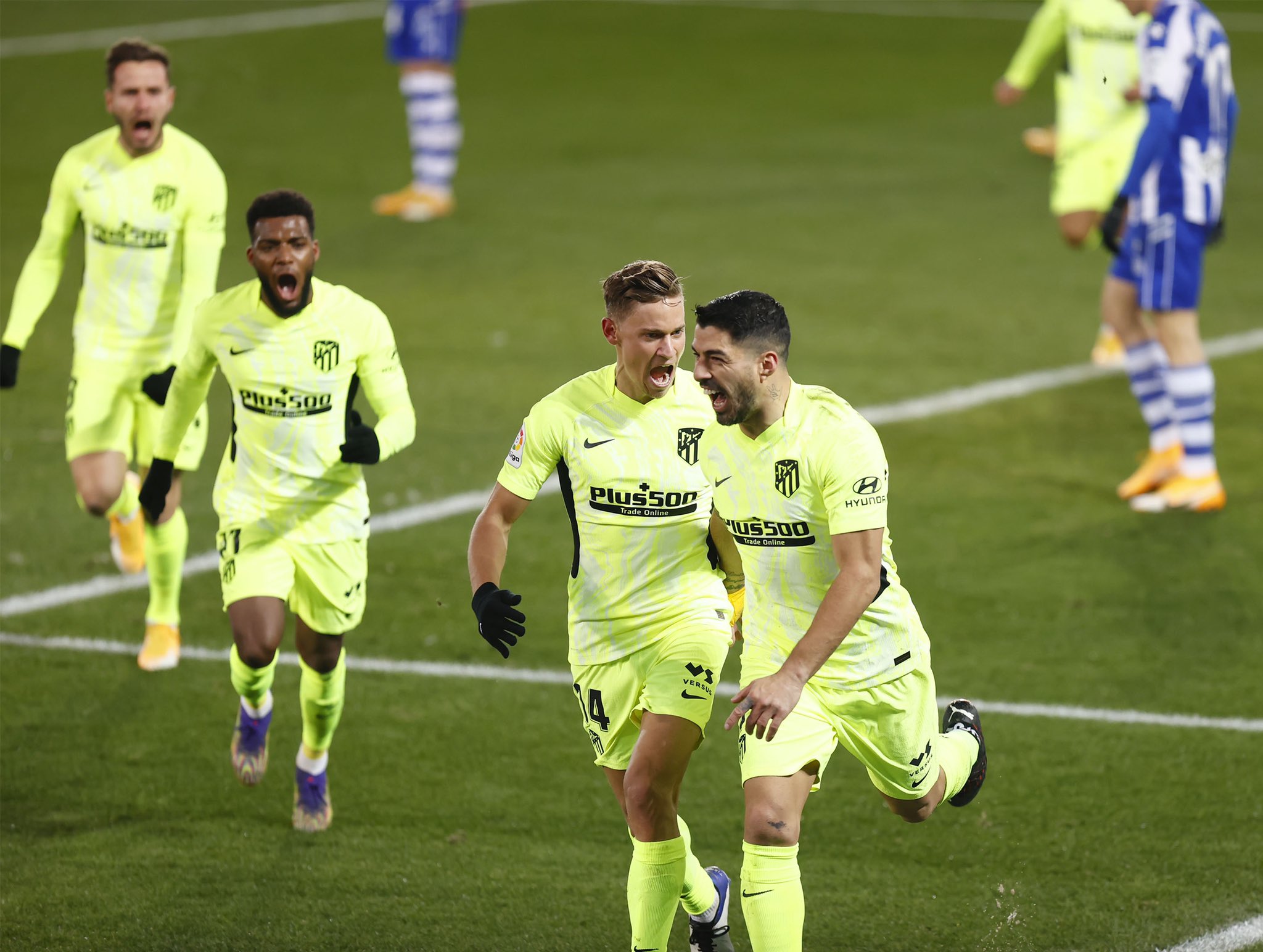 Kathmandu : A 90th-minute goal from ex-Barcelona striker Luis Suarez gave Atletico Madrid a 2-1 victory at Alaves as they returned to the top of La Liga.

The 33-year-old, who joined Atletico in September, pounced from close range.

He had earlier teed up a deflected shot from Marcos Llorente to put Atletico ahead shortly before half-time.

Alaves had Victor Laguardia sent off in the second half but equalised with a Felipe own goal, before Suarez latched on to substitute Joao Felix’s cross.

Despite the dismissal of Laguardia, Alaves had a flurry of late chances and levelled in the 84th minute when Felipe diverted a cross from Joselu into his own net.

But Atletico, who last won the title in 2014, snatched the win as Suarez converted his ninth goal of the season.

Having begun 2021 top of the table, they had briefly ceded top spot on Saturday when Real Madrid beat Celta Vigo, they now lead city rivals Real by two points again, with two games in hand.