Study on to translocate blackbuck to Chitwan from Shuklaphanta 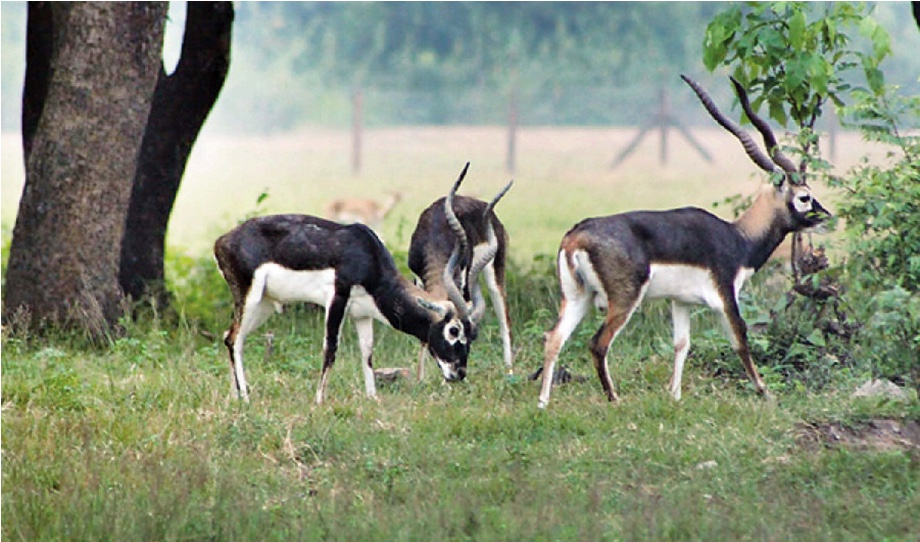 Kathmandu : A process is underway to translocate blackbuck to Chitwan district, a famous tourist destination, it has been said. A committee formed by the government under the leadership of ecologist at the Department of National Park and Wildlife Conservation, Hari Bhadra Acharya, carried out a study at Tikauli area in Ratnanagar Municipality for the management of the animal.

The committee consists of representatives of the Division Forest Office, local community forest, the municipality and the National Trust for Nature Conservation and assistant ecologist at the Department, Hem Raj Acharya.

The team was at work to prepare the report and efforts were underway to submit the report within this week, said coordinator Hari Bhadra. A detailed study will be done on the number of blackbucks to be brought and the total expenditures for it and management of the animal. At least 20 hectares of lands could be allocated for the animal, it has been estimated. The animal would be translocated from Khairapur or Shuklaphanta.

Translocation of the animal would play an important role in its species diversification and offspring conservation, tourism promotion and utilisation of unused lands, he said. “A study is being carried out. The animal will be translocated in two months,” said the Municipality Mayor Narayan Ban.

Work in this regard would be forwarded on the basis of the report, said Chief Conservation Officer at the Chitwan National Park, Ananath Baral.