Home Minister warns of action against those speaking indecent on President 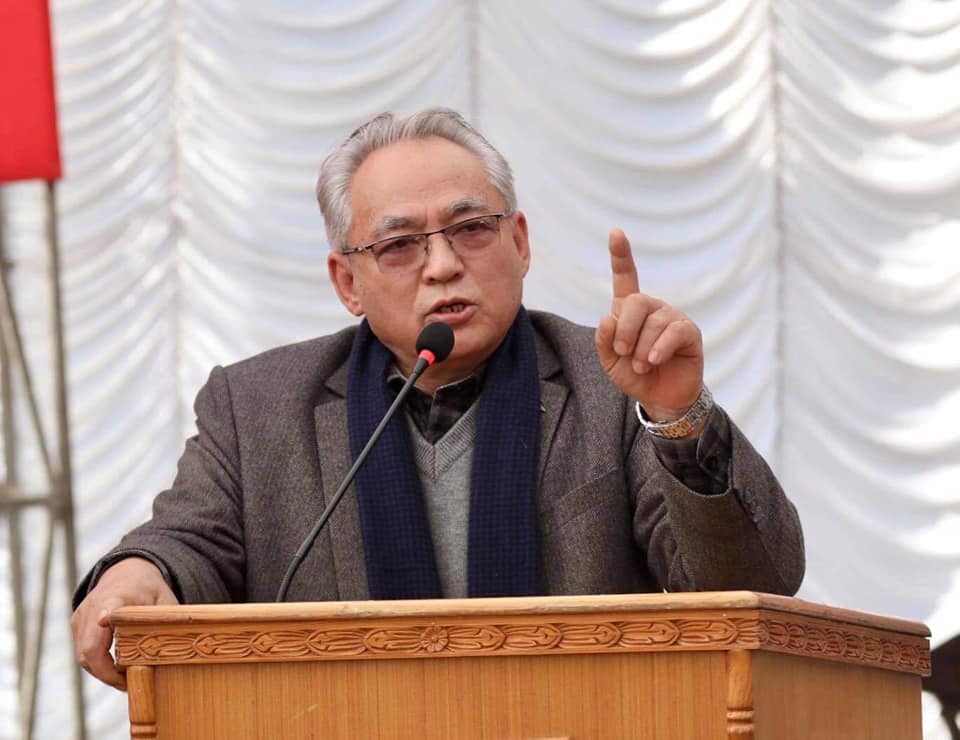 Kathmandu : Home Minister Ram Bahadur Thapa has warned of action against those making indecent expression on the President, assassinating her character on the social networking sites. Home Minister said it while receiving a memorandum from All Nepal Women’s Association.

The Minister further said the ministry had already begun investigation on it. “The issues the politicos raised about the President from street are illegal and warrant punishment.

It is being investigated and I’ve directed for the action,” The Women’s Association demanded the Home Minister to take action against those who have been expressing foul words on the President in streets and social networking sites. The language is anarchic, mean and indecent, the Association added.

The memorandum said, “The decision of the government to hold election in coming April and May is a welcome step. Although everyone has the right to free expression, anarchy is not accepted.”

The government has also been demanded to conduct the election in a free and fair manner.