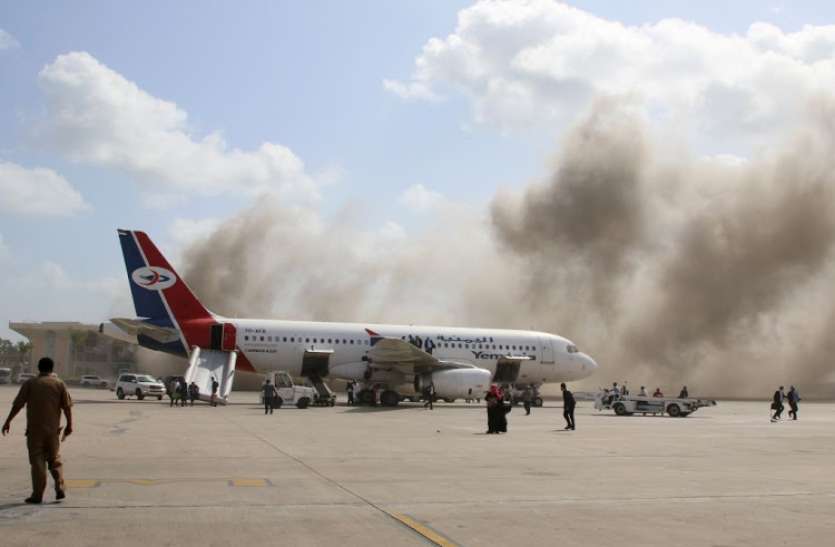 Kathmandu : A large explosion struck the airport in the southern Yemeni city of Aden on Wednesday, shortly after a plane carrying the newly formed Saudi-backed cabinet landed there, security officials said.

Yemen’s Interior Ministry said least 26 people were killed and more than 50 were wounded in the blast.

The source of the explosion was not immediately clear and no group claimed responsibility for attacking the airport. No one on the government plane was hurt.

Hours after the attack, a second explosion was heard around Aden’s Maasheq presidential palace where the cabinet members including Prime Minister Maeen Abdulmalik, as well as the Saudi ambassador to Yemen, had been taken to safely, residents and local media said.

It was unclear what caused the second blast and there were no immediate reports of casualties.

Abdulmalik condemned the airport attacj as “treacherous” and “cowardly”.

“This treacherous, cowardly and terrorist attack, places the government at the heart of its responsibilities, which is the task of ending the coup, restoring the state, spreading stability and the recovery of our country,” Abdulmalik said.