Kathmandu : The Bagmati provincial government is to produce powder milk through the Provincial Dairy development Board.

The powder milk factory is being established with the objective of collecting milk and manufacturing powder milk at the time of bulk milk production and distributing the milk when the production is less.

Chief Minister Dormani Poudel laid the foundation stone for the powder milk production factory today. On the occasion, he said the factory is being set up to put to an end the practice of not marketing the produced goods.

Chief Minister Poudel said the situation of dairy farmers spilling the milk on the road would be ended with the establishment of the factory as the provincial government was working in favour of the farmers.

Minister for Land Management, Agriculture and Cooperatives, Dawa Dorje Lama said the government was committed for the development of the agriculture sector.

The Supreme Court ruled: Oli and Dahal revoked the authority of the CPN

Kathmandu : The official status of the Communist Party of Nepal (CPN-UML) has 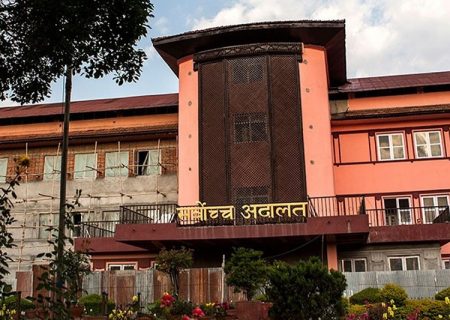