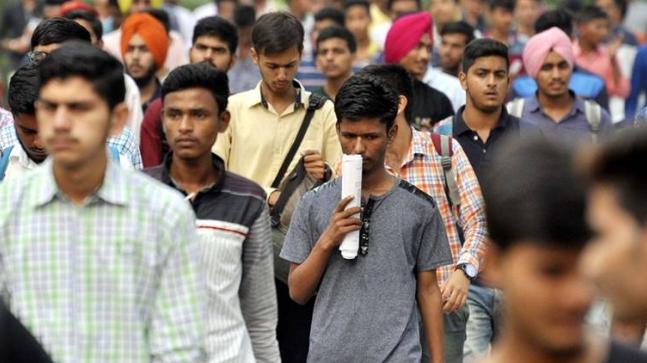 With no other job opportunities at sight, Shah chose to return home paying a hefty amount for airfare. After becoming jobless for nearly seven months, he managed to fly home before Dashain festival with whatever left in his hand.

Unemployment related issues kept hounding Shah even back home. That’s when he decided to create employment opportunities for himself. He applied for a loan in subsidized interest rate in Laghu Udhyami Samuha in Kailali and started his own poultry business.

The foreign returnee Nepali youth shared, “I was in dilemma regarding what to do as a job in Nepal. The motivation by Laghu Udhyami Samuha members and their assistance enabled me to start a new business on my own.”
Buoyed by the success of his business, he gushingly said,”I have no regrets and I could not be happier!”

Similarly, Tej Prakash Tiwari of Dhangadhi-14 came home from Malaysia after the COVID-19 spread out and began to adversely affect the national and international economy.

After going through loads of ordeals after being rendered jobless, he vowed to himself that he would never seek greener pasture again rather he would start small enterprises here. He is currently into animal husbandry and earning a handsome income.

Likewise, Upendra Bahadur Singh returned home after losing his job in a company in India due to COVID-19 pandemic. Here he started poultry business and once earned as much as Rs 45,000 in 40 days. He reaffirmed his commitment that he would never flock abroad in prospects of better future rather he would shed his sweat in his own soil.

Many Nepali youths in Dhangadhi-1, 14 and 16 who had returned from abroad under various circumstances there were found to be engaged in agro-business which has helped them become self-reliant.

Many of their enterprises have reached breakeven point and some of them have begun making handsome profit as well.
Once an employee receiving scant salary, they have created jobs for fellow Nepalis back home as well and making fortune in their own land.

The ‘Social Economic Recovery Project’ implemented in the Dhangadhi Sub-Metropolitan City has enabled them to be self-employed and create more job opportunities for others.

The project has developed the standards where an interested individual can be enlisted as the entrepreneur after completing six steps. The steps are social mobilization, entrepreneurship development, skill training, marketing, appropriate technology and coordinating with micro finances.

According to project coordinator Chandani Shah, they were targeting to participate 150 youths from Dhangadhi and 150 from Mahendranagar for the project. They are planning to create entrepreneurship to the youths recovered from COVID-19. Such enlisted youths could receive soft loan with the coordination of Megha Bank for entrepreneurship.

According to Dhangadhi Sub Metropolitan city Mayor Nripa Bahadur Od, they were also planning to create employment and business to returnee migrant workers after imparting skill enhancing training. He added that recent returnee migrant workers were suffering from post COVID-19 trauma but would be made their engagement in the programme gradually. The project is implementing in the assistance of UNDP where sub metropolis and district micro entrepreneurs association are taking initiation.

The province government is launching agriculture and animal husbandry programmes to generate employment to the targeted groups.

According to Agriculture Knowledge Centre Kailali Chief Khagendra Prasad Sharma, 88 individuals were selected from the interested list for the project in the district. He added the selected one should invest Rs 30,000 and Agriculture Office will bear the same amount for the project. Most of such projects are of mushroom farming, bee keeping, nursery establishing among others, he said.

The Ministry of Land Management, Agriculture and Cooperatives had published a notice, calling for applications from the interested foreign returnee youths for the implementation of the programme in August. It received more applications than expected.

Around 82 thousand people had applied expressing their interest in the programme. The Ministry had to set strict criteria for selection after it received an overwhelming number of applications. He said the Ministry was in the process of selecting the proposals based on the standards and the viability of the proposed projects.

The programme is being implemented through the Agriculture Knowledge Centre and Livestock Expert Centre in all the districts of the province.

The programme covers vegetable, mushroom and fruit farming, bee-keeping, poultry keeping, sheep and goat rearing, fishery and pig keeping, among others. Priority would be given to projects that result in quick earnings and that promote self employment.

The Ministry has also prepared a guideline for the implementation of this programme.
Meanwhile, many foreign returnee youths of the province have started going to India in search of employment in recent days.