List of CC members to be submitted to EC, general convention slated on Nov 18 next year 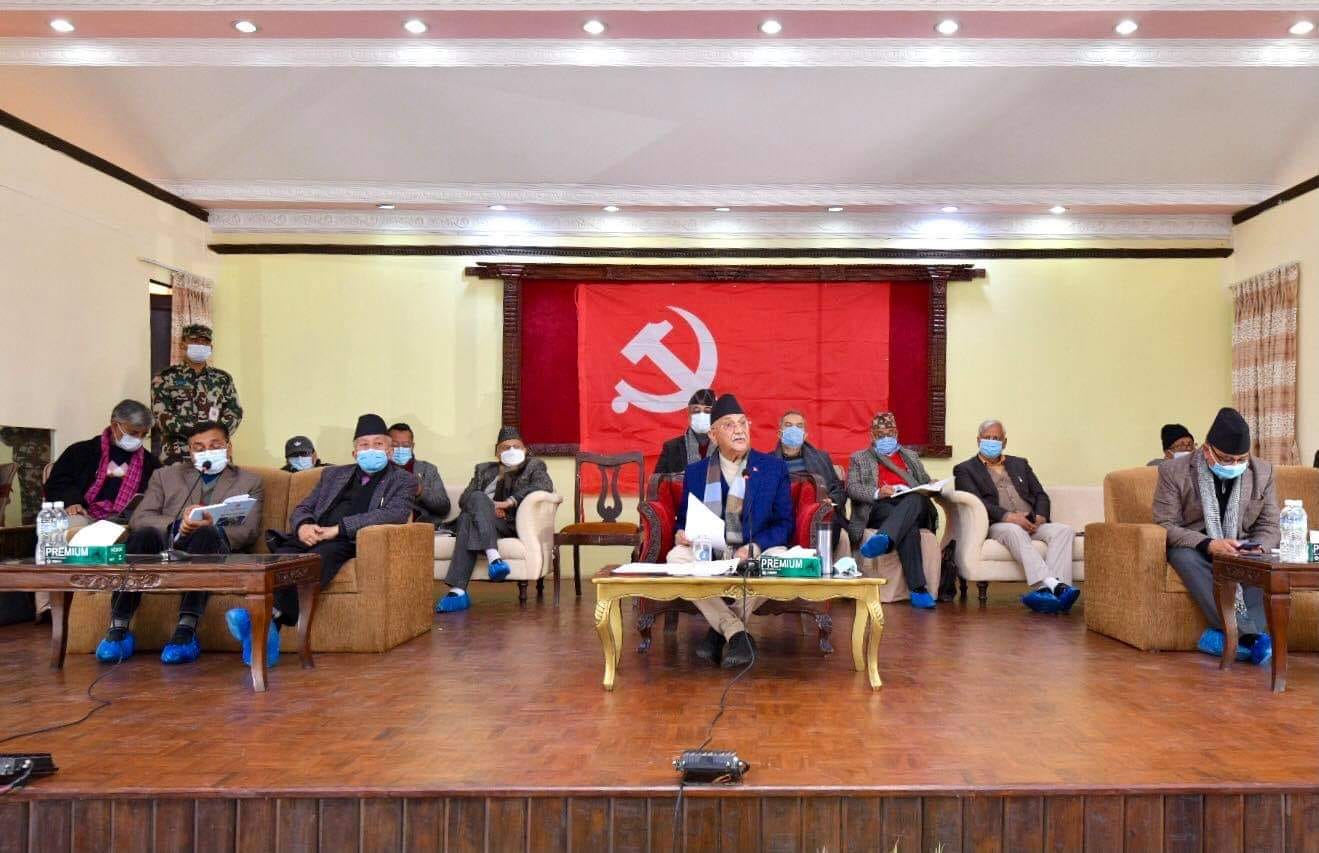 Newly appointed spokesperson of the party, Pradip Kumar Gyawali, has informed that the CC meeting was held today after the consultation of the first Chairman and General Secretary of the party which was authentic and official. If there were dispute on it, Election Commission would decide on it, he added.

Spokesperson Gyawali however said the party was not split yet and Chairman Oli informed the meeting about the efforts made to keep party unity intact.

Similarly, the party scheduled the general convention for November 18 next year.

Gyawali further said he was given new responsibility to conduct party in line with official policy and decisions. The new members were inducted as per the nomination process of the party, he asserted.

In a question whether there was foreign force behind NCP’s imminent split, Spokesperson Gyawali said, “What’s the reason behind submitting a list of signatures, collected for different purpose, against the Prime Minister who has 64 percent vote in the parliament? Does it strengthen nationality? The PM with majority of votes felt difficulty to work. At such situation, what’s the crime to decide for fresh election?”

According to him, a political party is element of State operation. They were proud of the move taken by the PM and would come up with facts on it.

In reference to the objection some parties made to the announcement of House of Representatives election, Spokesperson Gyawali asserted that the democratic forces would not shy away from election. Those objecting to the announcement were actually preparing for election inwardly but speaking against it for cheap popularity, he added.