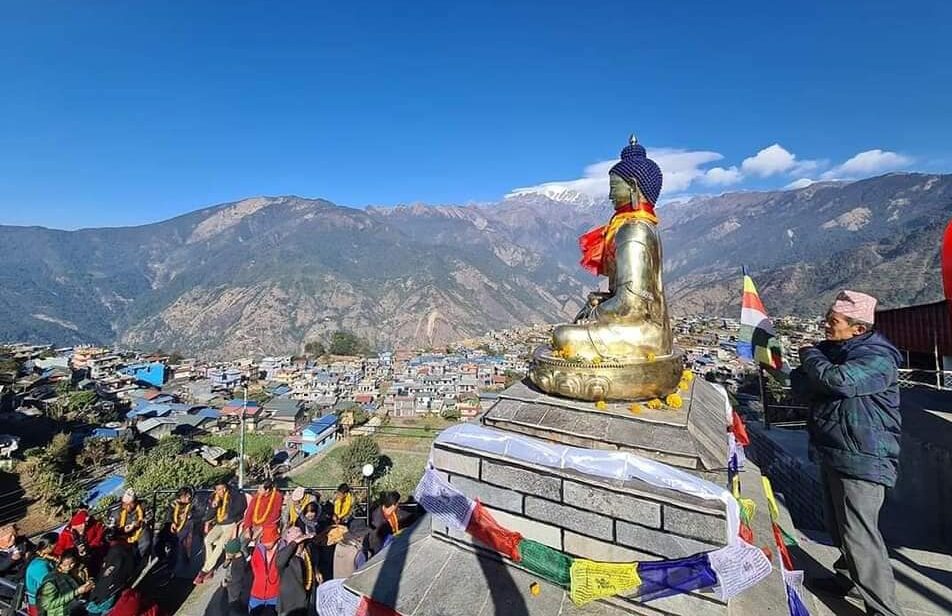 Kathmandu : A park has been established at Barpak-based Taklenan height of Barkot Sulikot rural municipality-1 in Gorkha.

The park features around five feet tall statue of the Buddha and it offers an entire view of Barpak village, the epicentre of the 2015, April 25 Gorkha earthquake, according to rural municipality chair Bishnu Prasad Bhatta. Artefacts displaying the Buddhist culture have been kept in the park.

It cost Rs 4.5 million to complete the project. The park has been adorned with beautiful stone artworks. “The Buddha Park is sure to make visitors arriving Barpak to spend some more time here,” the local representative expressed his confidence.

The rural municipality had allocated Rs 4 million and the ward office had released Rs 500 thousand to undertake the project. Locals had contributed their voluntary labour for the park construction.