11 killed in fire at nursing home in Russia 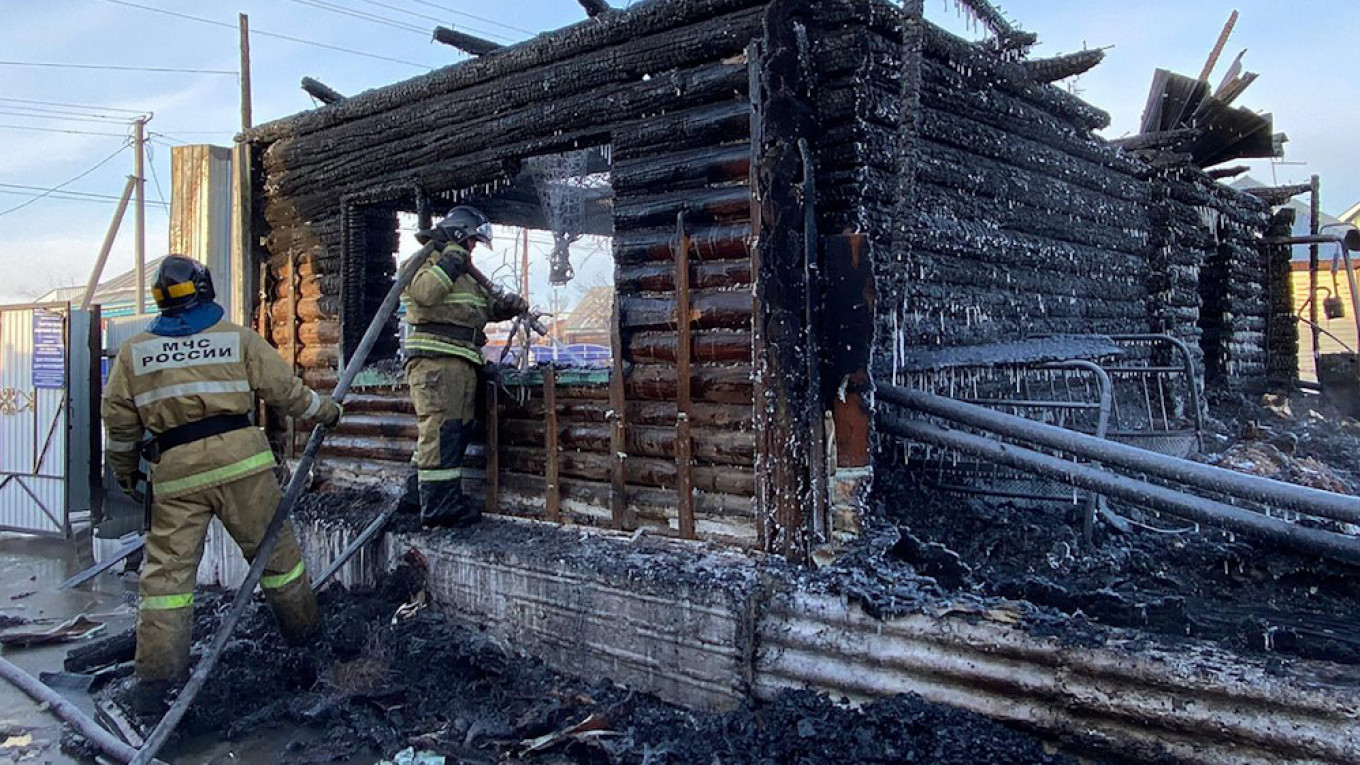 Kathmandu : Fire erupted in a retirement home in central Russia overnight, killing 11 people who were trapped as the blaze swept through the small wooden building, investigators said Tuesday.

Russia’s Investigative Committee, which probes major crimes, said it had opened a criminal investigation into possible negligence over the blaze at the home in the Bashkortostan region.

“At the time the fire started there were 15 people in the room, four of whom managed to escape on their own. In the course of extinguishing the fire, the bodies of 11 people were found,” the committee said in a statement.

The nursing home in the village of Ishbuldino was a one-story wooden building with a small attic, Russia’s emergencies ministry said. It added that firefighters were able to put out the flames by morning.

According to investigators the home was registered as a non-profit organisation that provided charity for the elderly.
But a local official told the Interfax news agency that it did not have the legal right to provide people with overnight accommodation.

Accidental fires and blasts in residential buildings are relatively common in Russia as a result of ageing infrastructure and non-compliance with safety standards.