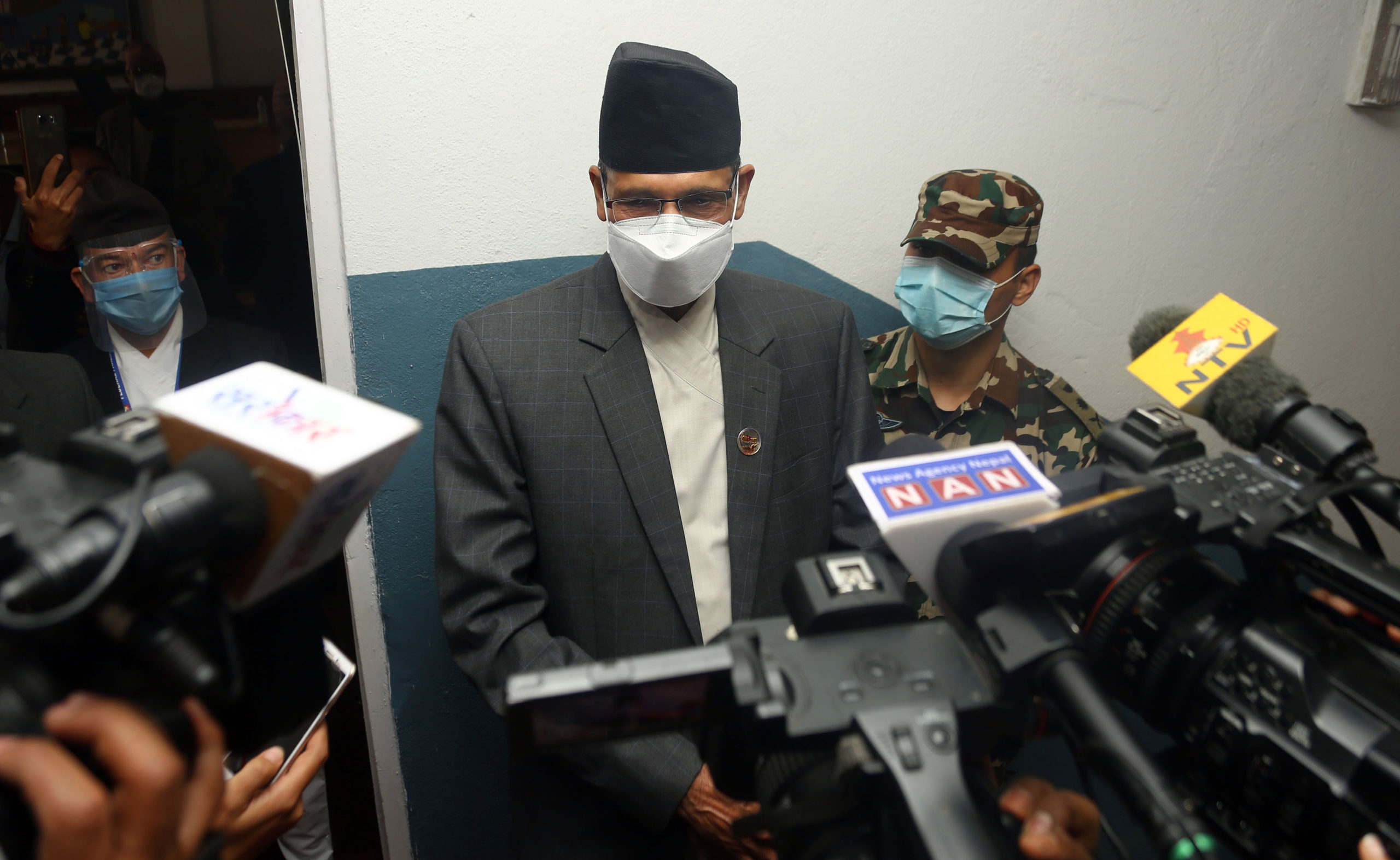 The oath taking ceremony was organized at the office of the Federal Parliament Secretariat at Singh Durbar in Kathmandu. On the occasion, Speaker Sapkota handed over an emblem of the federal parliament and congratulated the newly-elected lawmaker Pandey.

Pandey, a candidate from the Nepali Congress, had run for the election in the vacant seat in the HoR after Surya Bahadur KC of Kaski died recently. He was elected through the proportional representation system.

The Election Commission of Nepal had elected Pandey who had forayed into politics through his involvement in the Nepal Student’s Union in 2037 BS. He was elected the Constituent Assembly member from Syangja in 2064 BS.

Talking to journalists after taking an oath, Pandey pledged to play his part in strengthening the country’s democracy and enhancing the glory of federal parliament.