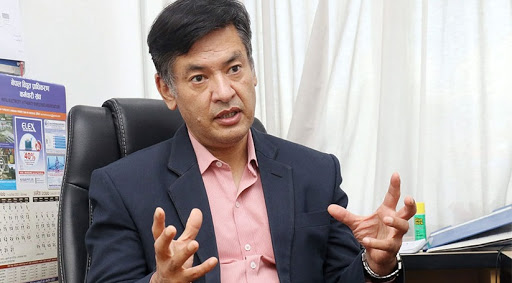 A meeting of the NEA Board of Directors last Friday had decided to recall Shakya’s deputation as NEA Engineering Company Managing Director. Based on this decision, Minister Pun, late on Sunday, designated Shakya to work as the Officiating Executive Director until another provision is made in this connection. The Minister is also the Chair of the NEA Board of Directors.

Shakya, who got the responsibility of the Officiating Executive Director, assumed his office at NEA Central Office at Ratnapark today.
He was the Managing Director at NEA Engineering Company, a subsidiary of the NEA, for the last three years.

Talking to RSS after assuming office, Officiating Executive Director Shakya said for the time being he and his team would be dedicatedly working to supply power to the homes of all Nepalis having access to electricity during the Tihar festival, also known as the festival of lights.

He also said he would focus his attention to resolving some of the problems seen in the recent days regarding the power supply, and the support and cooperation of all was required for this.

“Regarding works to be done in the long-term, it can only be said after some time. But for now, we work in view of the Tihar festival,” he added.