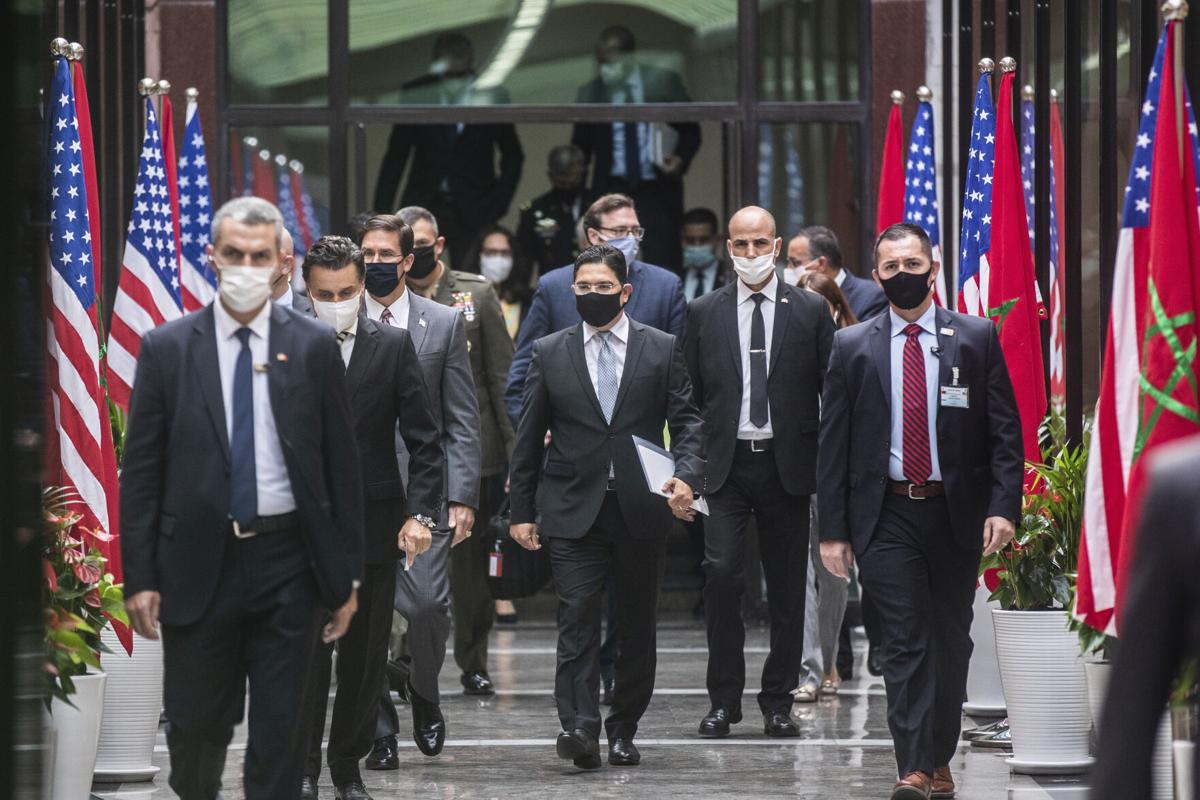 (AP) – The United States and Morocco on Friday signed an accord that aims to strengthen military cooperation and the North African kingdom’s military readiness over the next decade.

U.S. Defense Secretary Mark Esper signed the 10-year agreement during a two-day visit to Morocco, his last stop on a tour of three North African nations, which began this week in Tunisia, where a military accord also was signed.

He also visited Algeria, the first U.S. defense secretary to meet with leaders there since 2006. He held a meeting with President Abdelmadjid Tebboune and the army chief, Gen. Saïd Chengriha. No deals were known to be signed there, but the U.S. defense secretary reportedly discussed expanding security cooperation and security issues in the Sahel region just south of Algeria. The U.S. counts Algeria as a major ally in the fight against terrorism.

Morocco is a major non-NATO ally of the United States.Esper met with Moroccan Minister of Foreign Affairs Nasser Bourita upon his arrival Friday. Full details of his plans weren’t immediately disclosed.
The military agreement “serves as a road map for defense cooperation and aims to strengthen the strategic partnership between the two countries and support shared security goals,” according to a statement issued by the Moroccan Foreign Ministry.

The agreement centers on “consolidating common security objectives, especially improving the degree of military readiness,” a statement from the General Command of the Moroccan Royal Armed Forces said.
Esper also met with the deputy minister under the prime minister, charged with national defense, Abdeltif Loudiyi.

The two officials expressed their “satisfaction with the durability, distinction, continuity and dynamism of the bilateral cooperation,” the statement from the General Command said.
Esper also met with the Inspector General of the Morocco Royal Armed Forces, Gen. Abdelfettah Louarak.

The military deal is expected to further bolster cooperation between the two countries. Washington is Morocco’s largest supplier of arms. Morocco hosts the annual U.S. military exercise called “African Lion” — canceled this year because of the COVID-19 pandemic.