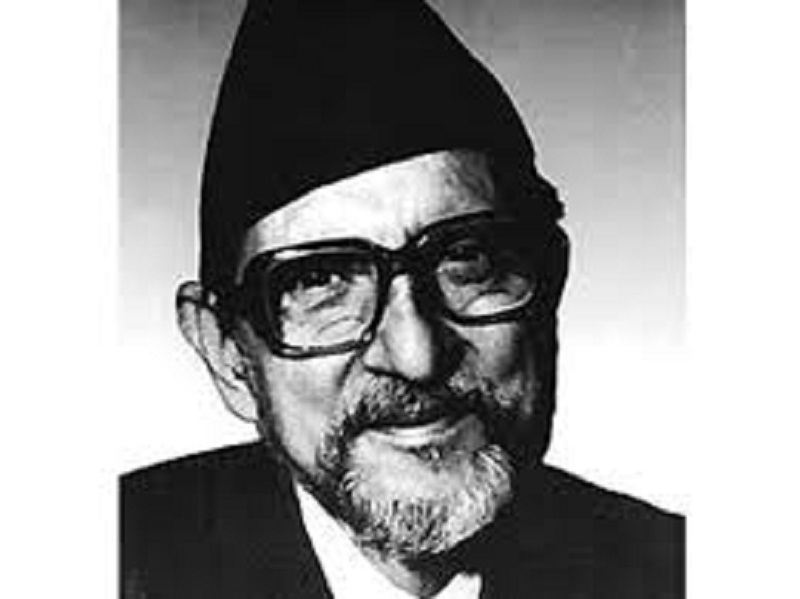 Kathmandu. The 107th birth anniversary of BP Koirala, the first elected Prime Minister of Nepal is being observed by organizing a variety of programmes on Wednesday.

Koirala was born on Bhadra 24, 1971 B.S. He founded the Nepali Rastriya Congress in 2003 B.S. during exile in India. Joining hands with the Nepal Prajatantra Congress led by Surbana Shumsher, he led the successful 2007 people’s revolution. The Nepali Congress formed with the merger of the two parties continues to remain active today, now the major opposition party of the country.

He was elected the Prime Minister after the 2015 General Elections, after the NC won a two-thirds majority. However, two years later on Poush 1, 2017 B.S. he was ousted by the then King and jailed. He spent eight more years in exile in India after being released on medical grounds. Koirala returned to the country on Poush 16, 2033 B.S. with the national unity and reconciliation policy. He died of cancer on Saun 6, 2039 B.S.

Apart from his contribution to democracy in the country, the late Koirala also had a significant contribution to the development of Nepali literature. He has more than dozens books to his credit including best seller novels like ‘Teen Ghumti’ and ‘Modi Aayin’.

On the occasion of BP Jayanti, the Congress, its sister and well-wisher organisations and the BP Museum in Sundarijal organize a variety of programmes. However, this year considering the outbreak of Corona Virus, programmes are being held by following the prescribed health protocol and using internet technologies to host them virtually.