One killed when landslip buries jeep in Gulmi 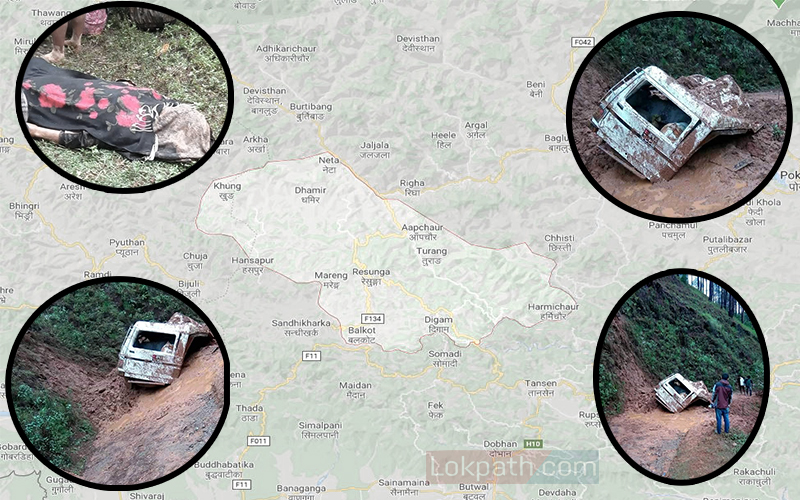 A man was killed when a landslide buried a jeep at Chuna cave in Hadhade in the district on Saturday. Five others were injured.

The deceased has been identified as Tulsiram Kauchha of Dhurkot rural municipality-3, said Inspector Pankaj Chundali. Of the injured, two – the jeep driver, Pradip Pun and one Ramesh Rana- are in serious condition and they have been referred to a hospital in Sandhikharka, said the police.

Health of remaining injured is normal and they are receiving treatment at a local primary health institution. A police team has reached the incident site and investigations were underway, said the police.

The ill-fated vehicle (Lu 1 Ja 3979) was headed to a village of Hadhade rural municipality from the then Hadhade VDC-2.