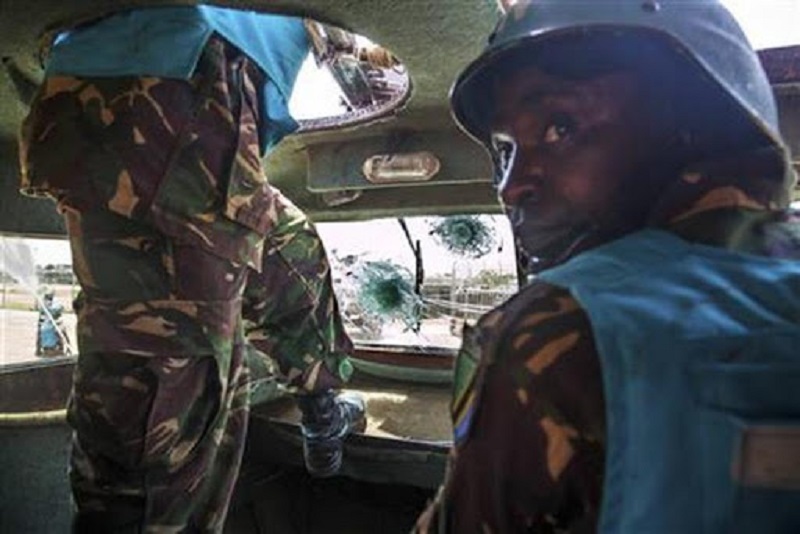 (AFP) – A joint UN-African Union report released Monday on Sudan and Darfur called for a political mission to replace the peace operation there, raising fears by rights groups that civilians could lose all protection.

The United Nations Security Council will meet on March 26 to decide whether or not to gradually withdraw by the end of October some 7,800 troops, known as the “Blue Helmets,” from the United Nations-African Union Mission in Darfur (UNAMID). The council was originally supposed to discuss the issue on Wednesday, but the session was suspended over concerns about the novel coronavirus.

“In Darfur, armed violence between rebel groups has declined, but the fundamental conflict drivers remain unresolved and exacerbate intercommunal tensions,” the report said. Civilian protection “is the responsibility of Sudan,” the report continued. “A post-UNAMID mechanism may provide advisory and capacity-building support,” but if a mandate for the “physical protection of civilians” were requested, then this “would require a very significant deployment, commensurate with the size of the area of operations.” Without such a mandate, “a post-UNAMID mechanism would not be in a position to provide such protection and should therefore not be expected to do so,” the report added.

For the post-UNAMID period, starting in early November, the report authors recommend “the establishment of a political and peacebuilding integrated support presence, headquartered in Khartoum.” Kenneth Roth, the director of the NGO Human Rights Watch, slammed the move. “Darfur is not like the rest of Sudan,” he said. “The UN Security Council should recognize that Darfur requires a far more gradual withdrawal and keep a UN security presence on the ground to actively protect civilians,” he added. When UNAMID last expired at the end of October 2019, the Security Council unanimously extended its mission for one year with unchanged numbers until the end of March 2020.

A joint peace force with the African Union, UNAMID has been deployed in Darfur, in western Sudan, since 2007 and has deployed up to 16,000 peacekeepers. According to the UN, the conflict in Darfur between Sudanese forces and ethnic minority rebels who consider themselves marginalized by the central government, has resulted in about 300,000 deaths and more than 2.5 million displaced people. —