Nepalis in Japan elated as national flag-carrier lands in Narita 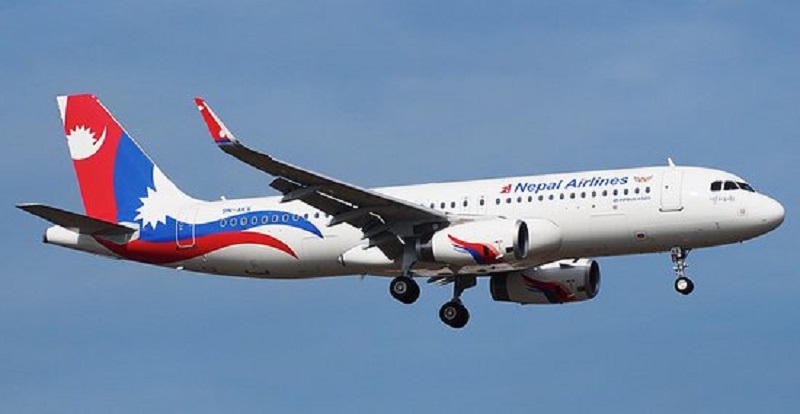 The Nepali community in Japan has been elated after the national flag-carrier Nepal Airlines Corporation (NAC)’s plane landed at the Narita Airport in Japan. The plane had taken off from Kathmandu for Narita at 10:30 am and it landed at Narita Airport at 1:50 Japan time. “It is a matter of national pride that the NAC has started operating direct flights to Japan. Before this, one had to take plane to Singapore, Qatar and Arab and board another plane from these places to come to Japan.

The direct flight saves time and money,” said Kusum Thami who lives in Sendai, Japan since the last six years. She said it would be convenient to the Nepalis coming to Japan and the Japanese tourists going to Nepal if NAC could operate the flights in a regular manner.”I don’t feel that the Nepal Airlines Corporation should cut down the air fare. The country would be rich even if the air ticket is expensive by moderate amount. The operation of direct flight has increased Nepal’s prestige as well,” she added. NAC has got permission for operating flight to Narita on Monday, Wednesday and Friday. Accordingly, NAC’s this flight has been operated on Monday. NAC has two wide-body aircraft, A-330, for operating international flights.

Suresh Bastakoti, who has been living in Tokyo for the last one decade, also expressed similar views as Thami. “I was overwhelmed with happiness as the lane bearing Nepal’s national flag landed in Japan. It is a very good initiative for the Nepalis living in Japan and the Japanese who want to visit Nepal,” he said, wishing the direct flight continues for long-term. Chairperson of Non-Resident Nepali Association (NRNA) Japan, Devilal Bhandari, said, “Flight to Narita of Japan is the initiation of good work of the incumbent government.

It has helped to increase nation’s pride. Many Nepalis live in Narita, Tokyo and Chiwa. The flights would help the Nepalis living in these cities, which is the matter of happiness.” He added that 90,000 Nepalis live in Japan. Of them 30,000 are students and the remaining population are living for different purposes. Though the NAC had operated flights to Osaka from August 29, it started to operate Kathmandu-Narita flight, keeping the Nepalis and tourists visiting Nepal in mind, after the Kathmandu-Osaka flight was closed.

A total of 220 people had bought ticket in NAC’s first commercial Kathmandu-Narita flight. Similarly, 268 people have bought tickets towards Kathmandu from Narita. According to the NAC, round-trip fare has been determined at Rs 73,000. The NAC started scheduled flight to Japan from a 274-seater wide-body aircraft. Kalika Khadka