Government preparing to rescue Nepali from Wuhan through NAC wide-body 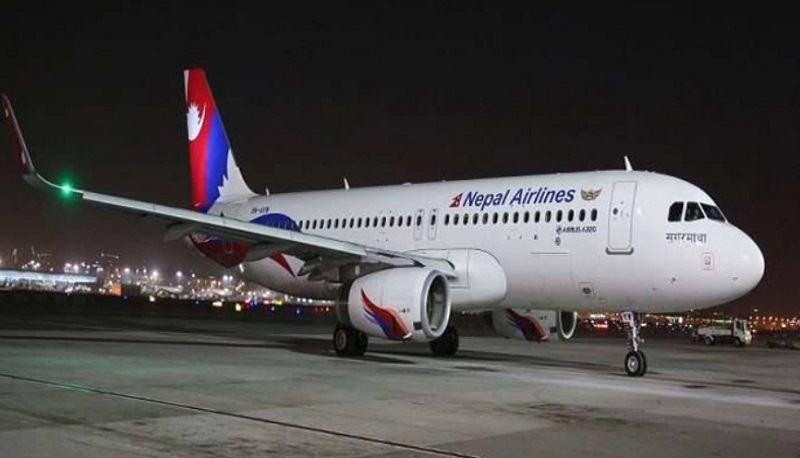 The government is preparing to send the Wide Body A-330 of Nepal Airlines Corporation (NAC) to China to bring those Nepalis wishing to return home from Hubei province which is struggling to defeat the spread of coronavirus. Wuhan, the capital of Hubei province, is the epicentre of the deadly virus which has so far killed over 900 in China, leaving thousands infected, spreading globally.

A meeting among officials at the Ministry of Culture, Tourism and Civil Aviation and the NAC was held on Sunday to discuss the issue. As the NAC said, it will be sending its wide-body aircraft to China within a day or two. NAC spokesperson Archana Khadka shared that internal preparations have been made for making a flight to China for a rescue of Nepali there. “Arrangements are in place to send the aircraft once the government decides on the matter.” In response to the government request for the same, the NAC promised to make the flight to China without hampering its regular business. Some pre-arrangements are needed to be made before sending the aircraft to northern neighbor for a special purpose. Flights of at least two days shall be managed to dispatch the aircraft and managerial works for the same have begun, it is said.

In response to a query about the matter, Joint Secretary at the Ministry of Culture, Tourism and Civil Aviation confirmed the discussion about the matter, but the Council of Ministers should endorse it to give the status of an official decision. Ministry of Urban Development and Ministry of Health are making preparations to deal with the issue, but the Council of Ministers is the final authority to give the decision. Earlier Nepal government is reported to be sending Nepal’s private aircraft and an aircraft of Himalaya Airlines to China to rescue Nepalis in the virus prone cities of China and repatriate them. But, no formal talks have been held for the aircraft of the Himalaya Airlines to repatriate the Nepalis at risk in China, said Ujjwala Dali, chief of the service improvement section of the Airlines. Chinese government has co-invested in the Airlines. Talks in this regard would be held today however as President of the Airlines has reached Kathmandu, he said. The Airlines has suspended all flights to China. The last flight of the Airlines from Kathmandu to Beijing took place on February 7. Scheduled flights could take place in view of the situation of passengers and commercial bazaar, he said.

Earlier in the wake of coronavirus in Chinese cities, Tourism Minister Yogesh Kumar Bhattarai during dialogues with stakeholders said the NAC and the Himalaya Airlines were ready to repatriate the Nepalis at risk in China. Around 180 Nepalis in the virus hit Wuhan have applied to the Nepali Embassy in China for repatriation. First detected in Wuhan on December 31, 2019, the virus has spread 22 provinces in China and 23 countries across the globe. World Health Organization (WHO) data shows that the novel coronavirus is seen in 17,351 persons throughout the world. Of the infected people, 17000 are Chinese nationals. More than 800 have died from the virus in China. As per the latest statistics, more than 30,000 people are being treated for the coronavirus infection. It is said around 240 people at 30 various places out of mainland China are infected. Two people have died so far in Hong Kong and the Philippines. Minister for Health and Population Bhanubhakta Dhakal, speaking recently in the meeting of the House of Representatives, said the government has made preparations to bring the Nepalis who want to return home from China.

Answering queries from lawmakers, he said the government has made preparations for bringing Nepalis other than the infected ones who want to come back home from China, without any delay. The Nepalis brought from China would be kept under quarantine for 14 days. If they are found free from coronavirus infection after lab test then only they would be allowed to go out and meet with people. The government has managed 43 beds at three hospitals for keeping the coronavirus-affected patients.

Health desk has been set up at Pokhara, Chitwan and Bhairahawa while Rasuwa and Tatopani transit points have been categorized as ‘possible risk’ areas. Most of the Nepalis in Wuhan are students and they have urged the government to make arrangements for their early rescue. Their parents have also called on the government to airlift their children from Wuhan, the epicenter of the coronavirus epidemic, at the earliest.